2008 Well, it’s the end of another Olympics and I think I have recovered enough to write now. Watching the final showjumping of the eventing meant that the day became a right off for me. I was in the office, trying to look busy but flicking backwards and forwards to the BBC site which had live coverage. I had headphones on so that I didn’t disturb everyone else.

As we got closer to Megan Jones and Irish Jester, I quickly updated my website – http://www.equinesportsbreeding.com and in doing so I was suddenly flooded with memories and emotion. I tried to hide behind my computer screen as tears fell all over my keyboard.

I then got an email from my mother saying how proud she was of me and how she was sorry for not being more supportive. This unleashed an uncontrollable reaction in me which I could no longer hide from my work colleagues. So then we were all watching, laughing and crying at the same time and they don’t even like horses! An Olympic Silver Medal and fourth individually for Irish Jester and Megan Jones! What an amazing result!

Congratulations to everyone who competed participated and supported the games. The efforts of the athletes are immense but none of their achievements would be possible without the massive support of many others. A great team effort, well done everyone! It was exhausting just watching so I can only imagine how you all feel now!

How did all this happen?


Well, here is my part of the story ........In 1990, after losing (ESB Irish) Anna from a four month battle with post partum laminitis, I had to sell Bea (her daughter who was half Irish Draught) to pay some of the vet bills. This was a really hard decision after such a horrific time because I had been adamant that the best way to produce top eventers was to only breed from the Irish mare. This had been instilled into me by spending months learning from the old timers and breeders in Ireland and the UK in 1988. Losing Anna and having to selling Bea (the dam of KP Irish Hallmark or Paddy) meant that I was only left with the colts I had bred.

The trauma of nursing Anna during these months was just horrific; it is such a crippling disease which I shall write about another time but you can CLICK HERE for more. She was not only an amazing mare – strong, proud, stoic yet so elegant and gentle - but she was also a great friend and my main partner in developing the ESB vision. I was shattered, bewildered and lost as to what to do next. I had changed career paths from nursing to horses; spent two years at college studying horse Management; and had travelled 10,000 miles researching the Irish Draught to get to this point.It was at this point that I caught up with an old flame from college and he proposed to me! So this seemed like a good idea and the wedding plans became a welcome distraction to my grief. 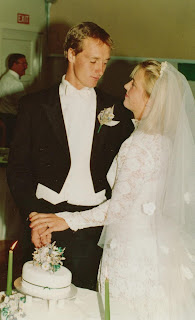 He was living in South Australia, managing a big snow pea (mouge tout) farm at that time. I sold most of my horses, bought a horse truck, packed up my possessions and moved. I was quickly given the envious job of becoming the ‘snow pea picker supervisor’ (say that fast!) otherwise known as The Snow Pea Queen. If you are really interested, I will share the details of this with you later.

We were based in the town of Murray Bridge and managed to find agistment for my horses on a farm at Monarto, which was isolated and desolate. The property belonged to a very odd couple but we made it work and life began to settle down into a routine and married bliss.
Then one night there was an incident between the couple at the farm which involved ambulances, police and various authorities and as a result we had to move the horses in a hurry. A few phone calls led me to Debbie Cook in Echunga, “could I please agist my horses with you, there are only nine of them and two of them are stallions?” She bravely said she would help. Little did she know that, that day would change her family’s life forever! We became and still are the best of friends.

The Cook’s introduced us to some lovely people in the area, including the Jones’s. Margaret and I spent hours discussing breeding, bloodlines, genetics and eventing. The whole family are just delightful and we also became great friends. Both the girls, Megan and Emma were talented with their horses both on the ground and in the saddle. Peter, bless him, worked hard to pay the bills and I don’t think he ever really knew what was going on, maybe he just pretended not to – one might say ‘the perfect husband’!


Margaret and I concocted a plan to breed horses for the girls to take to the Olympic Games. She bought some mares and leased a few of mine. With the Cooks’ help and permission we redesigned their farm to set up a serving rail, teasing areas and a vet area. We consulted the local veterinarian, Andrew Loose who also bought into our plan and bred a foal for himself as well.

I had bred both the stallions (ESB Irish Enough and ESB Irish Descent) to Thoroughbred mares previously to see what would result but this time really rekindled my passion and desire to continue with the breeding program.


We were in business and our days became filled with scanning mares, teasing and serving, followed by copious drinks and discussions well into the night. It was heaps of fun and a great distraction from picking peas!

The snow pea situation came to an end a year later and we decided to move back to Victoria and set up our own property. It was sad to say ‘Goodbye’ but we decided that mobile stallions were an option and something to look forward to next season.

The results of our escapades were four lovely foals for the Jones’s, including Jester. Two foals for the Cook's and one for Andrew. So within a few months of all the mares foaling, I loaded the stallions into my truck and set off to South Australia again. Staying with the Cooks again, we repeated the fun and antics. We travelled the countryside collecting more mares. Megan was old enough to help now, so I taught her how to tease and serve with the stallions. Some were starting to question our sanity at this stage but there was never a doubt in our minds, we were on a mission!


Our mission was realised at the Beijing Olympics!
Unfortunately, the sire of Irish Jester, ESB Irish Enough died suddenly in 1993 aged five. His lines have been continued by ESB Irish Endeavour and Edition. Megan has also bred from one of his colts, Kirby Park Irish Jordan who also died tragically.

I am so glad that these special horses can be remembered with their progeny and that their deaths have not been in vain.

I have to say ‘Thank you’ to Margaret Jones for sharing my vision and believing in me and ESB; to Megan for her riding skills and for having the strength to overcome her challenges; to Emma for her support and to Peter for always being there to keep it all together.


Human endeavours, pioneering projects and total commitment to achieve at the highest possible level undertakes a journey which is often lonely, painful and frustrating. It requires effort, focus, discipline, determination, dedication, conviction, courage and persistence.
Why does anyone seek to do it? Because we want to .... make a difference, explore new limits, know no boundaries and prove that things are possible. I shared the Olympic vision once but didn’t have what it took to get anywhere near this achievement as a rider but I thought maybe, just maybe I could contribute to this endeavour by producing the horses to help the riders. This is now happening after 30 years of selective breeding.

ESB bloodlines have produced a number of 4* horses and
ESB Irish Fiddle only just missed out on the 2012 London Games.

THE BEST ARE STILL TO COME! 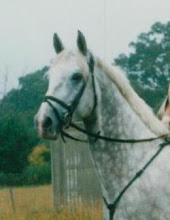 OTHER sons of ESB Irish Enough 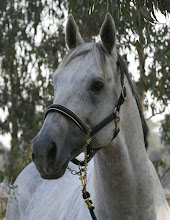 May the legacy live on! 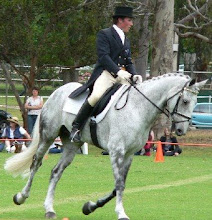 Equine Sports Breeding (ESB) has several youngsters for sale which are working under saddle and are all closely related to Irish Jester.